His camera bag full of miniature superheroes securely stowed on his shoulder, my son marched up to me in the kitchen and proclaimed: “Daddy, I’m going to college now. Bye!”

He gave me a nod and strode into the other room, college bound.

I’m not sure where he got this from–perhaps his Nina (my sister-in-law) who just started her second semester as an undergrad. Whatever the source, it was both hilarious and adorable at first. But then a poignant new layer seeped in.

I was reminded that this stage doesn’t last forever–that someday he actually will be leaving for college. In fact, because our family embarks on all great milestones in twos, my wife and I have been quietly dreading the emotional double-whammy of his sister and him both graduating high school, moving out, and starting college at the same time.

Believe me, the liquor cabinet will be more than adequately stocked.

Just as my bittersweet imagination began conjuring an 18-year-old version of him, he wandered back into the room, his hand held out and a concerned look on his face.

“Daddy,” he said softly, “Will you come to college with me?”

After a hard chuckle, I replied, “I’ve got a feeling you’re not always going to feel that way, Buddy. But sure, I’ll come to college with you.”

I took his hand and away we went to “college,” which looked remarkably like his bedroom.

Sure, someday he’ll be all grown up, and if I know anything about teenagers, I’m sure he’s not always going to want me around. But for now, I’ll take what I can get. 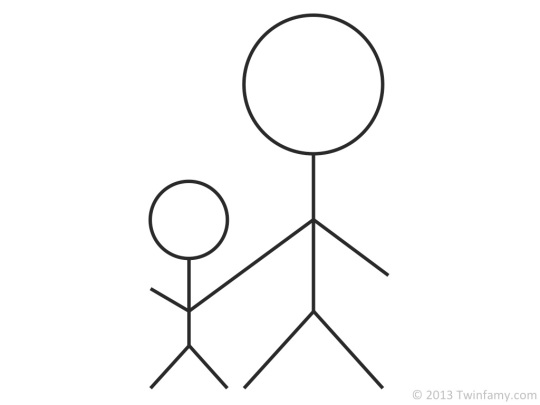 And I’m also totally saving this story for when he actually moves out. (“But you said you wanted me to go to college with you!”)

If not, you’re not allowed in our college.