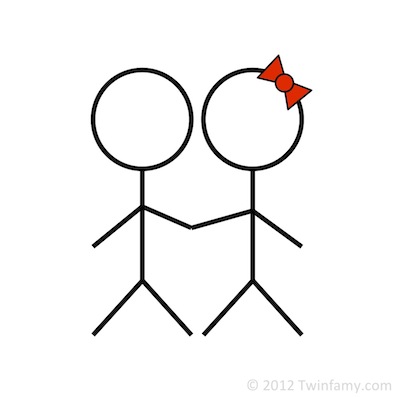 I spread myself thinly across multiple, often conflicting responsibilities. Student John and Stay-At-Home-Dad are in a constant death match, each plotting against the other to undermine the otherwise phenomenal jobs they each perform. They let Writer John out of his crate roughly once a week, and as soon as that latch is lifted, Writer John careens through the door and sprints figure eights around the living room with the laptop, spouting mirthful gibberish like The Great Cornholio. But as soon as Writer John has flung his brainchild out into the tangled Interweb, he’s back in the holding cell, from which he shouts genius ideas for blogs, novels, and 3-D feature films, hoping against hope that the other Johns hear, but knowing deep down that a majority of them tragically will vanish into the ether, neglected and unwritten. While all of this goes on, Husband John–the unofficial fearless leader–watches from the couch. It’s been difficult for Husband John to get a word in as of late, with all of the demands the others have needed to handle, but at the last chapter meeting, he dropped a bomb on everyone.

“So has anyone had any thoughts about what we’re doing for Valentine’s Day?”

END_OF_DOCUMENT_TOKEN_TO_BE_REPLACED

I was already mourning the morning walk.

Before we’d even traveled a block my dog had decided to lead the caravan, walking directly in front of the jogging stroller, her hindquarters mere inches from the front wheel. I don’t know why she insists upon this walking arrangement–maybe she likes to think she’s in charge–but(t) it never “ends” well for her, typically culminating in me literally running her ass over. It begins when she looks back at the stroller and decides she is terrified of it, so terrified that she freezes in place, causing the usually-taut leash to slack and wrap around the stroller’s back axle, putting us at a dead stop just after the tire bumps her square on the cheeks. I do my best to stop before the butt-bump, but she forces me to tailgate her at an unsafe following distance.

It would be a lot easier (and fun) if my dog could fly.

On this particular day, she had jumped to deer-in-headlights mode so abruptly and forcibly that it had pulled her harness clean off. (We attach the leash to her harness and not her collar because after years of scientific research, we have determined she would rather be choked to death than respond to leash tugs.) And because my dog just barely qualifies as obedient, I knew I had to act quickly on this leashless freedom unless I wanted to choose between:

1) chasing her around the neighborhood, loudly cussing her out while she thinks its a game, waking the Twins from their stroller catnaps and yielding a sterophonic meltdown; or

2) tritely employing the if-you-love-her-set-her-free-and-if-she-never-returns-she-was-never-yours axiom, which would most likely mean never seeing my beloved canine again, as she would surely make a grand exit from this life in Harry Houdini fashion while performing her famous freezing-in-front-of-an-oncoming vehicle trick.

It was in that moment that I remembered I am a ninja, as my keen, subconscious reflexes sprang into action, one-handedly snagging her by the tail, keeping the other hand firmly planted on the stroller.

She turned her head towards me, dumbly panting with glee, as if to say. “That was fun, Dad!”

END_OF_DOCUMENT_TOKEN_TO_BE_REPLACED

Up to this point, I have only been in Phase 1 of my stay-at-home parenting stint. Sure, when the school year drew to a close at the end of May, I left the teaching job I beat the pants off for five years and have been home caring for the Twinfants since, but that was only the beginning.

This week my family and I enter Phase 2 of our Master Plan–or (since I already have my Master’s) more appropriately, our Doctoral Plan–as I return to the Ph. D. program I put on hold when the Twins were born in January. 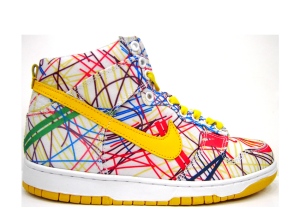 Whenever I tell people I’m going to be both a stay-at-home dad and a full-time Ph. D. student, they usually either think I’m nuts or lying. I can understand that to mere mortals, both sound feasible. Regarding the former, when we first hatched The Plan from a badass-idea-shaped egg, I too thought it impossible, envisioning myself having bi-daily nervous breakdowns while attempting to study with two teething children in my lap, batting textbooks out of my hands like cartoon bullies. I have also been known to exaggerate or even slightly awesome-ify the truth in the name of witty entertainment (which I never do in writing this fine publication), so I also don’t blame those who do think I’m joking, as “crying ‘WOLF!'” one too many times with outrageous claims like inventing the question mark makes my family and friends reluctant to believe anything I tell them for the first time. 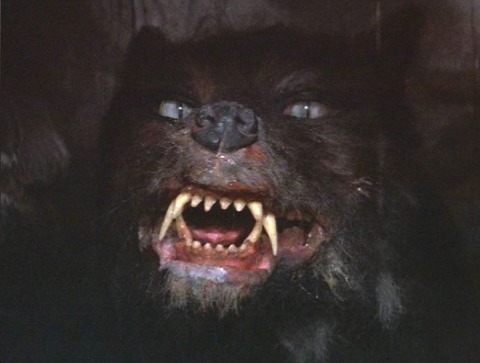 I even occasionally cry "Gmork," (that terrifying wolf-thang from The Neverending Story) which I've learned is something you don't mess around with. People lose control of their bladders.

I can’t assure you I’m sane by insisting it because that is exactly what The Royal They argue that an insane person would do, and a similar stance is usually taken towards alleged liars.

However, I can explain how we plan on accomplishing this as a family and you, O Loyal Reader, can decide for yourself.

Based on the classes I still needed to take in my program, I enrolled–as much as I could–in ones held on the same days, so I only need to be on campus twice a week. Since my lovely wife works full-time, we needed care for the Twins during that time. Fortunately, we were able to enlist my mother, who has helped us a ton since the munchkins’ arrival. (She held down the fort earlier in the year when we returned to work from maternity/paternity leaves until I became voluntarily unemployed, and has also stepped up this summer on days I’ve needed to travel light while running errands.)

My wife and I have both been at-home parents during these first months, so, realizing the demands of twins, we recognize there is no way I can get ANY work done while watching them. It also wasn’t realistic for me to count on weekend studying–it’s our only real opportunity for whole-family time since as soon as my wife gets home from work on weekdays, we feed the kids dinner and start winding them down for bedtime at 7:30 pm.

So when the hell was I going to actually do my Ph. D. work?

Mom and Dad learn from Sesame Street, too.

After an intense Twinkle Think session, we hatched Yet Another Plan (that’s right–we have twin plans, too). My mother was already going to Twin-tackle during my classes anyway, so we asked if she could instead adore/endure them all day for the days I’m on campus so I could not only attend class, but also use the rest of the day to study my ass off, re-attach it, and then go home victorious.

So basically, the plan is for me to be on campus all day, two days a week, doing any and all Ph. D.-related activities. The remaining three weekdays, I will be home wrangling Twinfants like nobody’s bidness, just as I have done for the past few months, winning several major imaginary awards in the process, including Best Cinematographer of an Alleged, Unfilmed Picture and Best Baby-Monitor Sound Broadcast.

Since I haven’t actually put the plan into practice yet, I won’t claim it to be foolproof, but we think it’s a pretty good one. I realistically anticipate the added layer of stress taking on Ph. D. classes will bring, and I’m sure there are some rough days ahead. At the same time, I’m incredibly excited to further my education in subjects I thoroughly enjoy and afford myself opportunities I would never have otherwise, including the possibility to earn more than I did as a middle school teacher and provide for the new members of my family so they, too, can conquer college and get Ph. D.’s of their own so we can all obnoxiously call each other “Doctor” at dinner parties.

No matter how it ends, it all starts this week. Hold onto your Huggies, because here we go…

If not, give me a break. I’m pretty freaking busy.