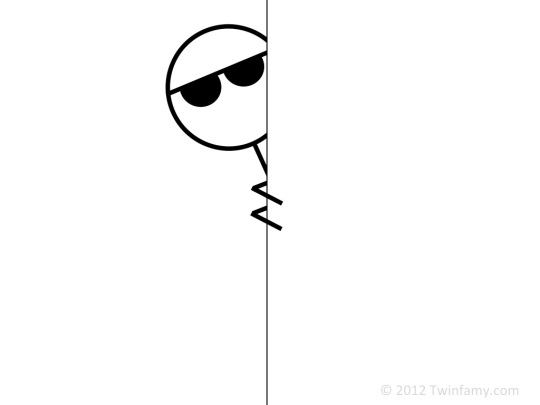 Thanks so much for browsing in on such short notice. I know we’re in the midst of The TwinfaMaui Saga, but dire circumstances have prompted this brief interruption. I don’t have much time, so I’ll get right to the point.

Just a few days ago, scientists at the Twinfamy Research Labs unearthed a lost and long-forgotten relic from the elaborate network of catacombs beneath the Pseudonymous residence: the (tw)infamous Dead Draft Scrolls. For those who don’t know, this highly sought-after artifact is a hard drive containing sacred ancient writings of the Pseudonymous people, including drafts of compositions that really ought to be New York Times Bestsellers by now (and surely would be had yours truly realized how much free time I had before becoming a parent).

Among these legendary texts is a collection of war stories from my career as a middle school English teacher, a stint that ended in a blaze of glory as I was summoned to stay-at-home greatness. The writings are dated 5 B. T. (5 years Before Twins), placing them around the year 2006.

As you can imagine, there was much rejoicing in the Twinfamy camp, as my Prodigal Brainchildren had been found. However, it is with a heavy heart that I report one of these pieces is already missing.

Which is the reason I’ve called you all here.

END_OF_DOCUMENT_TOKEN_TO_BE_REPLACED

In the far reaches of the Great White North, some say there lives a creature–a gigantic, apelike humanoid whose chance blurred appearances in photography have both intrigued and terrified people across the globe for decades. Alleged to have first been sighted in Saskatchewan, the cryptid has been uncreatively dubbed Sasquatch.

As an admittedly ill-conceived publicity stunt for this fine publication, I recently set out to scare this supposedly abominable beast out of hiding, capture him, teach him to play guitar, and record him singing a Twinfamy Theme Song of his own composition. Obviously, the video would go viral and assuredly secure me a movie franchise deal for The Twinfamy Trilogy.

Hopes high, I sent a robotic bird probe that communicates 140 characters at a time up to the region for further investigation, but sadly, Sasquatch seemed to be Sasquatting somewhere out of robotic-bird-earshot.

However, in the process, I wound up getting to know someone else originally from Saskatchewan who has become one of my favorite 21st century dads, James Hudyma. James is a dedicated teacher, a talented musician, a caring father to his son and daughter, and writes an excellent blog about all of the above. If this sounds strikingly familiar to you, O Loyal Reader, you can already imagine that James and I instantly hit it off.

END_OF_DOCUMENT_TOKEN_TO_BE_REPLACED

An occurrence (or incident) involving twins

The twincident of the forgotten pacifiers echoes as loudly in our memory as the tantrums it produced, broadcasted in hi-fi stereo sound throughout the vehicle.

Despite a standing brunch engagement with her estranged biological son who had apparently been raised by a kindly family of Sasquatch, Agatha simply had to stay up late in order to read the latest Twincident.

Fear not, for Twinfamy is always open, unlike customer service centers and post offices, which intentionally close at times most people would prefer to use their services.