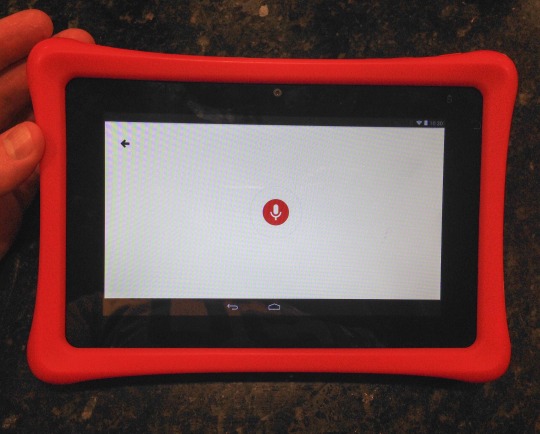 The Twins first got their Nabi tablets about two years ago. We’re conscious of limiting their screen time, but I think anyone with kids can agree that anything that keeps them busy for more than 30 seconds can be a win for everyone at least once in a while. Lately, with both of the Twins sick with colds (and my son somehow contracting a mild case of pneumonia in the over-100-degree Arizona heat), the Nabis have been a fantastic distraction for them while they rest and leave Mommy and Daddy alone for five freaking minutes–maybe six If we’re lucky.

We recently added the YouTube Kids app to their playscape, and they absolutely adore being able to watch videos of grown adults opening toys and ill-conceived animated songs whenever they want, and Mommy and Daddy can rest easy knowing it has an excellent kid-friendly filter. My daughter’s favorite function of the app is the ability to search for videos with voice commands. Like most newfangled contraptions nowadays, she can simply press the microphone-shaped icon, vocally request what her heart desires, and through modern sorcery, the videos magically appear before her eyes.

As my wife and I had the pleasure of taking turns with two snot-nosed four-year-olds (and their boogery six-month-old sister) all week, I decided to compile a list of some of my very favorite YouTube searches I overheard my daughter barking at her Nabi. Feel free to search them yourself, but a fair warning: What you find may numb your mind, bore you to tears, or even disgust you (especially if you’re NOT using that YouTube Kids filter).

Here they are, in no particular order. As you’ll soon see, my daughter has VERY specific tastes.

1. “Superman and Batman costumes with people inside them wearing them singing songs”

Because it is important to clarify that there are people inside the costumes.

2. “Plain Hello Kitty surprise eggs with nothing on them”

When asked I her for clarification, she replied, “I don’t want the eggs to have any pictures on them, but I want them to have Hello Kitty toys in them.” (For those who don’t know, surprise eggs are exactly what they sound like. Think those Easter eggs that you can put stuff in. You’d be amazed how many of YouTube’s servers are filled with people opening f*cking toy eggs.) END_OF_DOCUMENT_TOKEN_TO_BE_REPLACED

The Pseudonymous Family is moving to a new house this week. Although our current residence has served us well, it leaves little space for my wife and me to chase our little Ewoks around and has an air conditioner that was installed around the time Return of the Jedi was released. This does not bode well in the 115-degree Arizona summer, as it runs constantly and sh!tily and still does not sufficiently cool the house.

As we’ve been packing up the house, the Twins have been in rare form, no doubt thrown off by the disturbance in The Force due to their constantly-changing surroundings. While my daughter has fully integrated the word “No” into her vocabulary (Yeah. I’m in trouble.), my son has begun to test physical boundaries, exploring the limits of both furniture he’s allowed on and his own body. In fact, once we’d emptied the bookshelf in his bedroom the other day, we discovered a new talent of his, as illustrated by the following footage:

END_OF_DOCUMENT_TOKEN_TO_BE_REPLACED

I recently received the highest honor WordPress bestows upon its bloggers–“Freshly Pressed.” For those of you who don’t know, that means one of my posts was featured on the WordPress homepage, affording hundreds of thousands of bloggers the convenient privilege of experiencing the genius that is this fine publication. 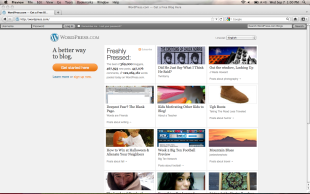 The post, titled “Did He Just Say What I Think He Said?”, was about my son saying “Dada” for the first time, possibly because of Chuck Norris. I can only assume The Man Himself received word of this post and flexed a bicep ever so slightly, causing a chain reaction in the cosmos resulting in a WordPress employee stumbling upon Twinfamy, sharing it with colleagues, and culminating in a celebratory cheering-at-desks-and-cubicles scene akin to Jim Lovell & Co. returning to Earth’s atmosphere in Apollo 13. 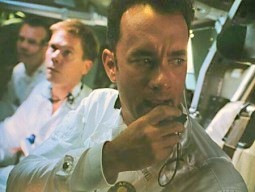 "Houston, we found some awesome."

The response was overwhelmingly amazing, and if you’re a new Loyal Reader as a result of this National Holiday, welcome.

But that’s not the reason I’m writing this post.

I am thrilled to announce that the tale of my son’s alleged first word has inspired the production of a movie…starring Legos.

Earlier this week I expressed my affection for Legos, and as soon as the Twins are old enough, you can bet we’ll breathe life into the finest Lego structures this world has ever seen. If there’s anyone who’s fueled this anticipation, it’s my friend John Willey, a multi-talented writer, photographer, and Lego aficionado. His blog Daddy’s in Charge? is one of my favorites, brimming with humor, reflections on being a stay-at-home dad, and highly entertaining Lego movies about his life raising his two sons.

I am ecstatically honored to be part of John’s latest Lego opus, his response to the Legend of the Chuck Norris “Dada,” which features the Twins and Yours Truly in plastic Technicolor.

I was a little apprehensive about being temporarily transformed into a Lego figure for the day we shot this, and even more concerned that the Twins would also be making this transformation. 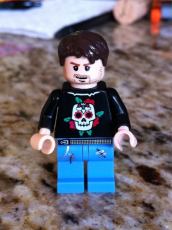 For instance, would there be any long-term side-effects? In the event of an accidental dismantling, would all the King’s Horses and Men be on hand to remedy the situation, and if so, have they learned from the infamous Humpty-Dumptygate Scandal? In the end, though, I just couldn’t turn down the once-in-a-lifetime opportunity to work with Lego Chuck Norris.

And believe me, everything they say about him…it’s ALL true.

Plus, who knew Chuck Norris was responsible for other children’s first words?

Well, Chuck Norris did, of course, but I didn’t. What a guy, huh? Not only does he keep the Earth spinning by trimming his beard (so it doesn’t throw off the gravitational pull) and prevent zombie apocalypses before scientists can even get out their chemistry sets–the guy still finds time to give the gift of speech to babies! Such a class act. Someone get this man a Nobel Prize, or at least some frozen yogurt.

Anyway, thanks a kajillion to John for including us in this fantastic piece of Lego cinema. You can read his own post about this video here. I urge you to check out more of his fine work on Daddy’s in Charge? and follow him on Facebook and Twitter.

If not, expect a visit from Lego Chuck Norris. It will not be a friendly one.