By the Friday of every week I am completely exhausted. After wrangling the Twins, beating the snot out of my house-husbanding chores, and writing this fine publication (which many have recently remarked that they cannot believe I have time for), I am spent. So spent that my during-the-rest-of-the-week 2:00 pm crash usually hits at 11:30 am, while lying on the floor with my progeny in the middle of Tummy/Rolling All Over the Place Time, as I nod off mid-pseudo-engaging-baby-critical-thinking-question-about-the-toys-they-are-marvelling-at. (“What color is that ball? What shape is that ba–Zzzzzz…Ow! Did you just punch me in the nose? … What color is my nose?”)

With that in mind, I usually set few, very small goals for Fridays.

Take last Friday for example. It was the end of my busiest week in a while. In addition to my regular duties (huh-huh, I said duties), I’ve been doing some contracted tech work as well as boxing belongings and seeking out new residences for the Pseudonymous family since we have recently decided to move.

And so, as I resuscitated myself with my super-charged Friday morning coffee, I decided to aim low. Aside from the givens (twin care, dishwashing, ninjutsu training), my primary objective was to browse the iTunes store for music and determine what I would purchase with the $15 gift card my wife got me over a month ago for Father’s Day. (Would you believe I haven’t had time?) I’ve had it sitting out on the counter as a reminder ever since receiving it from my wonderful wife, and have caught taunting glimpses of it while making bottles, folding laundry, and soothing meltdowns.

My wife was even thoughtful enough to find one of a semi-transparent-silhouetted guy who high-kicks and rocks air guitar while listening to his iPod, which is exactly how I and all other sane people listen to music.

With months of trophy husbanding experience under my belt, I believed this iTunes iTask to finally be within my iGrasp. Even if the kids were particularly grumpy, I could line up my sonic candidates like reality show contestants waiting for the red rose of approval, hit play, and discriminatingly consume. In fact, the Twinfants would most certainly enjoy the ever-changing sensory stimulation generated by the constant toggling of song clips.

Well, of course not. Why would I write about that? It failed miserably.

The primary reason the plan disintegrated like a drool-drenched Graduates Puff was that we had absolutely no Nap Overlap. Those of you who are Loyal Readers know this means my children were never asleep at the same time. In fact, for the entire day, they were on completely opposite sleep schedules. As soon as I delivered one to Sleepy Town, the other was just waking up. All. Freaking. Day.

Now, I will admit this situation has its advantages, for instance facilitating quality one-on-one time with each of the twins individually, which is something all the books about twins that I don’t have time to read seem to say is important. On the other tiny hand, such a rhythm does not facilitate Daddy getting a freaking second to himself. Not to go to the bathroom, not to eat (unless I combine them), not even to accomplish tedious tasks like defunkifying dishes, laundering laundry, and listening to smooth on-hold jazz while waiting to haggle with customer service representatives.

Plus, at almost seven months old, the Twinfants are teething and especially irritable. As a matter of fact, amidst Frankenstein-monster moans akin to dueling banjos, transparent vampire-fang drool trickles flowing from each mouth corner, angry head-butts to Daddy’s sternum, and the frantic gnawing of foam books, plush pandas, and human fingers, we have sprouted the First Two Teeth of Pseudonymous: The Next Generation, with our son’s inaugural chomper emerging on Thursday evening and our daughter’s fashionably late pearly white fanfaring into view Saturday morning. 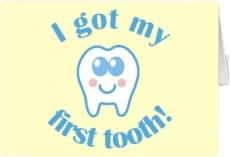 Guess which day was right in the middle? That’s right. Friday, the day iFailed.

It wasn’t for lack of trying. Although both kids had their share of I-need-you-to-hold-me-right-now-Daddy-or-I-will-shatter-every-window-with-my-squeals moments, there were also a few peppered throughout the day when they seemed content, or, as Snoop Dogg wouldn’t say: “Rollin’ down the floor, sucking teething rings, sippin’ on baby formula, laid back, with their minds on their (stuffed) monkeys and their monkeys on their minds.”

Then, I got greedy.

On at least three occasions, I thought, Okay, they seem pretty chill. I could maybe squeeze in a song sample or twenty. I even lowered my laptop’s volume and strategically placed it in accessible but out-of-baby-sight locations, as I have learned they do NOT like to compete with Skynet for my attention. On my final Hail Mary attempt, I even tried earbuds. However, every listening session ended abruptly, about five seconds into the first clip, as they noticed I was not staring at them, hanging on their every gesture, the only proper response for which, of course, is a tantrum. This did not make for an optimal music previewing atmosphere.

I’ll admit I missed an opportunity around 2 pm, just after bottle-guzzling. They were happily cooing at their playthings on the floor, and I home-run trotted to my computer. This is it! I thought. It’s all happening! I chose an album (The Features’ Wilderness) clicked “play all samples,” and rejoined the munchkins on the floor. As they chattered and smiled at me occasionally, I laid on my back and stared at the ceiling fan, listening to my prospective new jams. Which made me think of seeing the band live when they came to Phoenix a few years ago. It was just my wife and me then. Simpler times. Not “better” times by any means, but definitely simpler. And I remembered the electrifying onstage energy the band had, and the badass hollow-bodied guitar their frontman rocked. Which made me think about how Pseudonymous hasn’t “Gone Electric” in a while. I’ve been folking out with the Twins acoustically, but haven’t “plugged in” for months. I should do that. Do I need new strings? 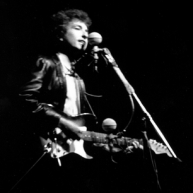 Bob Dylan "Went Electric" in 1965, met with criticism from legions of fans. But I don't think the Twins will mind.

Before I knew it, the song previews had ended 15 minutes ago and I had still only paid attention to the first five seconds of the first song.

Now, before you decide that this poor, frustrated soul is clearly on his last nerve and take it upon yourself to send in your magical parenting guru suggestions about what I should have done in order to achieve my iGoal even though you: 1) weren’t here, 2) weren’t as tired as I was, and 3) have never met my children and thus don’t know what works (and what doesn’t) with them, I want to emphasize that in the scheme of things, I don’t care about the stupid iTunes card. (I also already tried your suggestion anyway since eating Wheaties daily makes me a Champion by definition.)

The more I pushed to “git-r-done,” the more I realized that purchasing music was just not in the cards for me that day. (Haha, get it?) Even more importantly, every day I could focus on achieving little tasks like buying music, getting every last dish washed, or writing yet another genius blog post–and in doing so, continually exasperate myself because the Twins usually need me more than I anticipate. Or, instead, I could remind myself what a privilege staying home to raise them is. Even though I spend more time with them than anyone else, it still feels like they’re growing up so quickly. I know although my wife enjoys her job, it doesn’t hold a candle to seeing them all day on weekends, and remember when I first returned to work from paternity leave, I felt like I was missing out all day.

Every moment I have with them is an opportunity for me to savor the awe-inspiring experience that is parenthood and, in the immortal words of Ferris Bueller, “Life moves pretty fast. If you don’t stop and look around once in a while, you could miss it.”

There will be plenty of time for me to buy my stupid music in the future, and yes, over the weekend, I was finally able to redeem the gift card one night once the kids went to sleep. As it turned out, it was an even better Fathers’ Day present than it first appeared to be.

It reminded me how lucky I am to be a Dad.

If not, maybe you just need a day off. It worked for Cameron.